Posted by Rev. Bro. Coach on December 1, 2013
Posted in: Christmas in 25 Minutes. Leave a comment 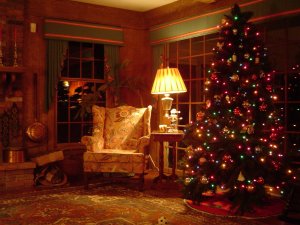 In the next 25 days I hope to hit on a variety of things about Christmas that most people don’t stop to consider. I believe it is things like these, that truly display the importance of Christmas. So, while Jesus will always be the star of the show and the very reason we have hope of salvation, I want to take the next 25 days and look at the supporting cast in the greatest love story ever told. I want to examine how God uses everyone and everything around to make this the single greatest birth in the history of mankind. If you are reading this, PLEASE share this with your friends on Facebook and Twitter and whatever your social media preference is; not because I want readers (and yes that would be cool too), but I want to spread God’s true purpose of Christmas to everybody I can.  I hope you enjoy Christmas in 25 Minutes.

I am currently starting my days off with a CD devotion for men with some of the great pastors and speakers around today. I get to hear people like Tony Dungy and Tony Evans. Today, I was listening to Pastor Tony Evans and his devotion was talking about  guys manning up and becoming what Tony called “Kingdom Men.” When I was thinking about what I wanted to start this new segment with, I couldn’t get off of the idea of Joseph and the fact that he was a Kingdom Man.  Now, I realize the importance of Mary and we will certainly talk about her before this is over, but no one ever really considers everything that Joseph had to shoulder and deal with during this time; and the type of man it took to walk the path he took. To borrow from one of my favorite poets, Joseph definitely took “the road less traveled by,” and oh what a difference it made.

When I think of Joseph, I think of a man of compassion & mercy.  Compassion, I believe is a central part of being a man of God. The ability to exercise the love that God has shown us throughout all of history and our lifetime is something to be revered and respected.  To understand Joseph’s predicament, you must understand Jewish marriage customs of the time. Joseph was betrothed or engaged to Mary at the time, Jesus was conceived. In the Jewish custom, that was as legal binding as marriage and only a divorce could separate the betrothed legally. However, here is where Joseph’s compassion comes into play. Jewish laws would have allowed Joseph to have Mary stoned once he discovered that she was pregnant and it wasn’t his. However, we find in Matthew 1:19 that Joseph was a just or righteous man and he did not want to put her to shame, so he resigned to divorce her quietly. He could have had her stoned, but Joseph displayed mercy and wanted to protect Mary’s reputation as much as possible.

When I think of Joseph, I think of a man willing to sacrifice. Put yourself in Joseph’s shoes for one moment. He was just hit with the bombshell that his virgin fiance is pregnant; couple that with a neighborly visit from an angel of the Lord saying that everything is okay, not to be afraid to marry her, and oh yeah and by the way, the baby she will be give birth to will save all of mankind from their sin. I don’t know about you, but that seems like a lot to digest in that short time. I wasn’t there, but I can’t help but think that all Joseph wanted was to get married to the woman he loved, now he is faced with the monumental task of raising the savior of all mankind. Not only did he sacrifice any ideas he may have had for a “normal” marriage and a “normal” life, but he waited to consummate the marriage until after Jesus was born. Joseph was willing to walk away from every plan, every dream, every idea he ever had about his life to make this a reality & serve God.

Lastly, when I think of Joseph, I think of a man obedient to God. Joseph had to show unbelievable obedience to the will of God throughout this entire ordeal. First, he is told that he needs to take Mary as his wife, even though the baby she carries is not his, then he has to raise and care for this child, protecting the infant from all sorts of attacks and people wanting the savior of man dead. I am, of course, referring to Herod himself. Joseph had to show, not only a great deal of obedience to God, but an even greater sense of bravery when an angel told him to move his family to Egypt. Herod wanted this new King dead. Herod wanted to be the only king worshiped in the land and he plotted to kill Jesus.  So, Joseph obediently moved his family to Egypt. This was tough because Egypt was the archenemy of Israel. How frightening that had to be. If you are Joseph, you feel like you are between a rock and a hard place. On one hand, you can’t stay home because Herod wants Jesus dead, so your option is to move to a hostile land toward the Jews. Yet, Joseph, as he so characteristically did throughout his life, showed perfect obedience to God and he was blessed for it (Matthew 2:13-15).

So, there you have it. I am not sure that you can find any more of a Kingdom man than Joseph. Joseph was compassionate and merciful when he didn’t have to be. He was willing to sacrifice his dreams, his goals, and his hopes for his life in order to fulfill God’s will for his life. Lastly, he was completely and totally obedient to God, even when it seemed like he was backed into a corner.  Hmmm…mercy, compassion, sacrifice, obedience- sounds like someone else we talk about this time of year.  Like Father, like son (see what I did there)  🙂